Justine and Yves Sergent lived an intense life together for over twenty years. After earning her Ph.D.in 1982, Justine Sergent rapidly rose to become a leading figure in the field of cognitive neuroscience and one of the most respected scientists on the international scene. During this time, Yves Sergent practiced psychology, while actively supporting his wife’s research. Their partnership was tragically evident when they were found together dead on April 12, 1994. This was a final gesture in the overall context of their scientific careers which had been plagued by profound misunderstanding and malevolent rumours. The international scientific community remembers Justine and Yves Sergent as a devoted and steadfast couple, and Justine Sergent as an unparalleled theoretician and methodologist. Her work on the cognitive organization of the brain commands respect and admiration to this very day. 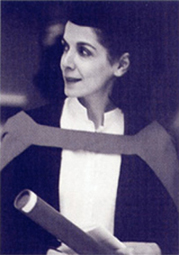 “I had a rich and intense life, but there comes a point when one can no longer fight and one needs a rest. It is this rest that my husband, who had supported me in all aspects of my activities and my life, and myself have decided to take.”